Check out the new Self-Discovery tool that helps you explore your personality.Free for a limited time. Grab your copy now!
Skip to content
Emotional Intelligence

Emotional intelligence (EI) is when we empathize at work, influence people, diffuse conflicts, and handle failures without self-doubting. Yes, EI does play a crucial role in the workplace!

The term was first coined in 1964, but Peter Salovey and John Mayer developed it as a theory. Daniel Goleman’s book – Emotional Intelligence, published in 1995, popularized this term & created global awareness.

Emotional intelligence or emotional quotient (EQ) is the ability to process emotions and use them to guide yourself in social settings.

In a nutshell, we can define EI as the ability to:

IQ is cognitive intelligence that we all are familiar with. It is a common belief that people with high IQ succeed in life.

EQ is about identifying & managing emotions in ourselves and others to connect, socialize, and be self-aware.

There is no direct relation between EQ & IQ. We see academically brilliant people in awkward social moments or less successful careers. Several studies showed that EQ is a vital factor in success. Nearly 70% of managers surveyed by Career Builder in 2011 said they valued an employee’s EQ over their IQ. Further, 75% said they would more likely promote an employee with high EQ.

Emotional intelligence components and its impact at work

There are three popular models of EI:

We will detail Daniel Goleman’s five components of emotional intelligence and their real contextual examples at work. You can explore the other models here.

Meaning: Self-awareness is the ability to understand & recognize personal emotions, moods, and a sense of what impact they might have on others

At work: Being self-aware helps you handle interpersonal aspects of work-life and workplace woes in a much better way. Check here to know-why

Example: Let’s follow a simple story. James & Robert work in the same team, at the same level. Both are good at their work, well-behaved, and team players. James is, in fact, better than Robert in technical skills. Yet, Robert always gets credit for his work & somehow, James’ work mostly goes unnoticed. Can you guess why this happens?

It is Robert’s skill of presentation that trumps James’ hard work. Here, Robert knows his strength – his presentation skills, even when his work lacks a bit. On the other hand, James is unaware of why he cannot highlight his work. He feels terrible about himself. But, instead of getting insecure, his self-awareness can help him ask the right question and find the real problem – his lack of presentation skills despite his hard work.

Meaning: Once you start following emotions, the next step is to learn how to express them. Self-regulation is about controlling your impulses, mood swings & emotional outbursts. Thinking before you speak is the maxim.

At work: When you regulate your emotions, you become high in conscientiousness, as you can own your actions or your team’s actions.

Self-regulation makes you more adaptable and flexible to handle conflicts as you can delay/avoid judging or being biased.

Example: Sarah is the team leader for James & Robert’s team. In a demo with their client, a couple of things failed to work as expected. This failure made the client angry & he started yelling about the work quality, passed judgments for being inefficient & warned of an escalation. The client’s anger made James & Robert very nervous; they panicked and immediately started committing left, right, and center. They indirectly took this as their mistake. Sarah then calmly intervened. She confirmed the issue, explained what went wrong in the demo, and shared a few oversights from the client. Sarah’s response calmed the client, and he listened to what Sarah had to say. A healthy discussion then took place to address the concerns & avoid the same in the future.

Can you guess what happened here?

Meaning: Social skills are the practical component of EI, where you put your knowledge of self-awareness, regulation & emotions to use to communicate daily. It is about building relationships and finding common interests to build rapport.

At work: Keeping a social network is vital for our work lives. Generally, building a good rapport, sharing expertise or extra knowledge, or making a point without offending others is usually linked with ‘buttering’ even when there is no such intent. In fact, EI guides people to communicate better and build lasting relations.

Leaders with a high EQ often practice these skills to interact with their teams to understand personal goals, limitations & motivations. With such clarity, it becomes easier for leaders & managers to influence and bring great results.

Example: Continuing with our example, who do you think has good social skills? Sarah. She proved her command over her emotions and persuaded their client to agree to her plan & her team members.

At work: You can also learn to manage how you respond to situations. For example, if a colleague has a bad day, you can cheer him up instead of getting upset.

Sometimes empathy can also put you in a tough spot! It may stop you from making the right decisions &, in turn, gives you more stress. Be careful here!

While team members discussed the reviews, Robert noticed James’ body language & understood it was not good news. Instead of boasting about his promotion, he talked to James. He said, “I can get how you might be feeling. Despite my hard work, it felt the same way when I couldn’t get promoted for the last two years. I observed my work habits, identified my shortcomings & worked hard on them. And it did wonders for me!” This conversation relieved James from sadness & jealousy

Can you guess why?

Because Robert shared his own experience & struggles to which James could relate. Robert showed empathy and did not sympathize with him by saying that you should try harder next time!

Meaning: In the context of EI, motivation refers to intrinsic motivation: what drives you internally beyond external rewards such as money, fame, recognition, etc. It is about being aware of your inner goals and commitments.

At work: Self-determination is a crucial element here. When intrinsically motivated, you don’t stretch your working hours out of pressure; instead, you do it of your will.

Example: In our story, it’s safe to say that Robert was intrinsically motivated. He had been trying for at least two years for the promotion. Even upon failures, Robert chose to fight it. He worked on his shortcomings & groomed himself.

Can you guess the intrinsic motivation in this case?

Robert worked on himself by his own will. It was satisfying for him to achieve what he craved. All this was not for money; he would not have shown empathy if it had been.

Advantages of EQ at the workplace

People with command over emotional intelligence at work:

To learn more about emotional intelligence and how it impacts your personal growth, contact me. Alternatively, subscribe to my newsletter to receive tips and techniques to build your EQ. 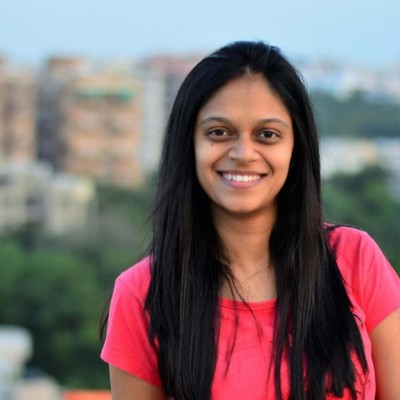 Surbhi Mahnot is the owner of this blog. She has work experience of almost 10 years in the IT industry in varied roles. At present, she is working full-time on this blog. She is passionate about the importance of personal growth in individual and work life, which reflects in her writing too. Travelling, reading, and shopping are her core interest besides work.

Subscribe with me and I’ll send you exciting content, actionable tools & helpful resources for accelerated personal growth. No BS.
Don’t worry; I won’t spam your inbox!

Subscribe with me and I’ll send you exciting content, actionable tools & helpful resources for accelerated personal growth. No BS. Don’t worry; I won’t spam your inbox!

Subscribe with me and I’ll send you exciting content, actionable tools & helpful resources for accelerated personal growth. No BS. Don’t worry; I won’t spam your inbox!

Thank you for your purchase. An email has been sent to you with a link to download the tool. You can also download it by clicking on the buttom below.